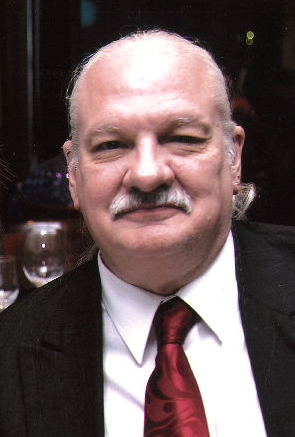 Lawrence Poole was born on June 5, 1957 in Portland Maine as the eldest child to Lawrence and Beverly Poole.  They lived in Ellsworth, Maine for a short time, then moved to Connecticut. He graduated High School in Derby, CT in 1976.

In 1978 he married Margie Rueda, the girl next door and his high school sweetheart. Together they have 3 children, Crystal, David and Robert (Alex). Four grandchildren Justin, Julianna, and Sebastian Scully and Nathan Zawadka.  Lawrence graduated from the Police Academy in the 80’s and served on the Derby Auxiliary Police force. He was an active member and supporter of his home church Shelton Congregation and served as a Sunday School Teacher and Youth Group Leader.  He enjoyed learning about new technologies and was a big fan of the Star Trek sagas.
In 2000 Fox moved to TX going into the IT and Computer business.  He met Susan on Dec 22, 2001 and they were married one year and 9 days later on Jan 1, 2003. He became the “bonus dad” to Ashly and Brook and “Happy” to Addy Mae DeVries

Preceded in death by his parents and his son David. Survived by his brother Robert Poole and wife Karen, daughter Crystal and son Robert, wife Susan and 5 grandchildren.

For the last 8 years, Fox worked in Kingwood and has become a large part of the community greeting everyone by name.  He loved his job and the people he met. He was an avid supporter of his church families at FBC Plum Grove and Calvary Christian Fellowship. He loved to serve as a teacher for kids, teens and adults.  He created trivia games and strove to make learning fun. He wanted to share the knowledge of Christ to everyone in any means possible.

Fox was a poet, a lover of words. If you were the recipient of his personalized poems, know he wrote each one especially for you.

“And we know that in all things God works for the good of all those who love Him, who have been called according to his purpose.” – Romans 8:28

To leave a note for the family, please consider using the comments section of our Facebook  live stream